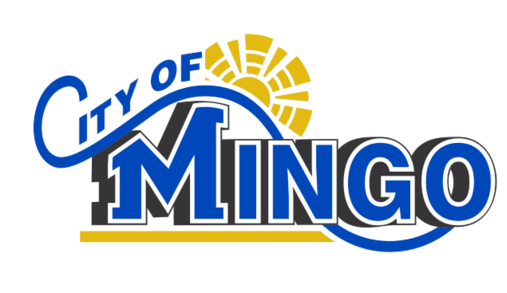 MEDCO meets the 2nd Tuesday of each month beginning at 5:30 pm.

1.Meeting called to order by President Hoskins at 5:34 pm with approval of agenda by Bartels & 2nd by Perry.  Members present:  Hoskins, Kenney, Perry, Bartels, Phelps. Absent was Morris, Rhone, Bode, Goaley-Pleggenkuhle & Ratliff.  Guest:  Jeff Davidson & Roger Wheeler
2.Motion by Perry & 2nd by Bartels to approve previous minutes.
3.Treasurer’s report remains the same at $342.15.
Roger Wheeler updated board on new development.  He wondered about internet within the City.  Let him know is fiber optic with Windstream.  He has spoked with State Savings Bank in regards to the development and they seem very interested.  MEDCO will finance it with collateral being the lots, remaining land owned by MEDCO and TIF development agreement with the City of Mingo.  He asked about doing a better job with maintenance on Davenport Street.  Anyone coming to look at the area and new addition will be paying attention to this.  Kenney will set up another meeting with Dorsey & Whitney to address some TIF questions.
5.Updated board on 2 catalyst grant projects.  Both recipients will be attending the following council meeting to give updates.
6.Discussed the lots still owned by Blue Serenity.  Have not heard anything further on the 2 lots.  Mayor Bartels will follow up and if need be get attorney involved.
7.Jeff Davidson gave updates on what has been happening with JEDCO.  They have approved 2 façade grants in Colfax, would love to have one from Mingo.  Ribbon cutting on Red Rock Prairie Trail on September 8th.  Most of the funds are in place to connect Mitchellville to CVT trail.  Quarry Springs received $400 from Destination Iowa Grant.
8.Motion by Perry & 2nd by Bartels to adjourn meeting.  President Hoskins adjourns at 6:30 pm.